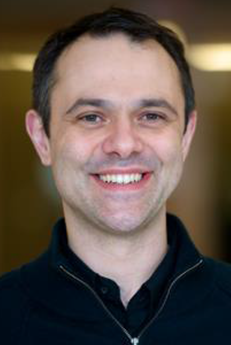 Professor Reeves is a social scientist who has been undertaking health professions education and health services research for nearly 20 years. He is currently Professor in Interprofessional Research at the Faculty of Health, Social Care & Education, Kingston University/St George’s, University of London and Editor-in-Chief, Journal of Interprofessional Care.

Originally from the UK, he has spent the last few years in the United States, where he was the Founding Director, Center for Innovation in Interprofessional Education, Professor of Social & Behavioral Sciences and Professor of Medicine, University of California, San Francisco. Before this move he spent six years in Canada where he was the inaugural Director of Research, Centre for Faculty Development, St Michael’s Hospital. He also had positions as Senior Scientist, Wilson Centre for Research in Education and was Professor of Psychiatry, University of Toronto. During this time he was also appointed the inaugural Evaluation Director, Canadian Interprofessional Health Collaborative. He holds/has held honorary/adjunct faculty positions in a number of institutions around the world, including, Karolinska Institutet, Sweden; Dalhousie University, Canada; Tokyo Metropolitan University, Japan; Queen Mary University of London, UK and Li Ka Shing Knowledge Institute, Canada.

His main interests are focused on developing conceptual, empirical and theoretical knowledge to inform the design and implementation of interprofessional education and practice activities. To date, he has received over $18m in grant capture from a range of funding bodies across the world. He has published over 250 peer-reviewed papers, book chapters, textbooks, editorials and monographs. Many of his publications have been translated from English into other languages including French, Spanish, Japanese, Norwegian and Russian.

He has a long history of national and international committee work. Currently, he is appointed to work on the Advisory Committee, National US Center for Interprofessional Practice and Education, Board of Directors, American Interprofessional Health Collaborative and Global Health Professions Education Forum, Institute of Medicine. He also previously worked on committees for the American Association of Colleges of Nursing and Association of American Medical Colleges, Canadian Health Services Research Foundation; Ministry of Health and Long Term Care, Canada and the Department of Health, UK.